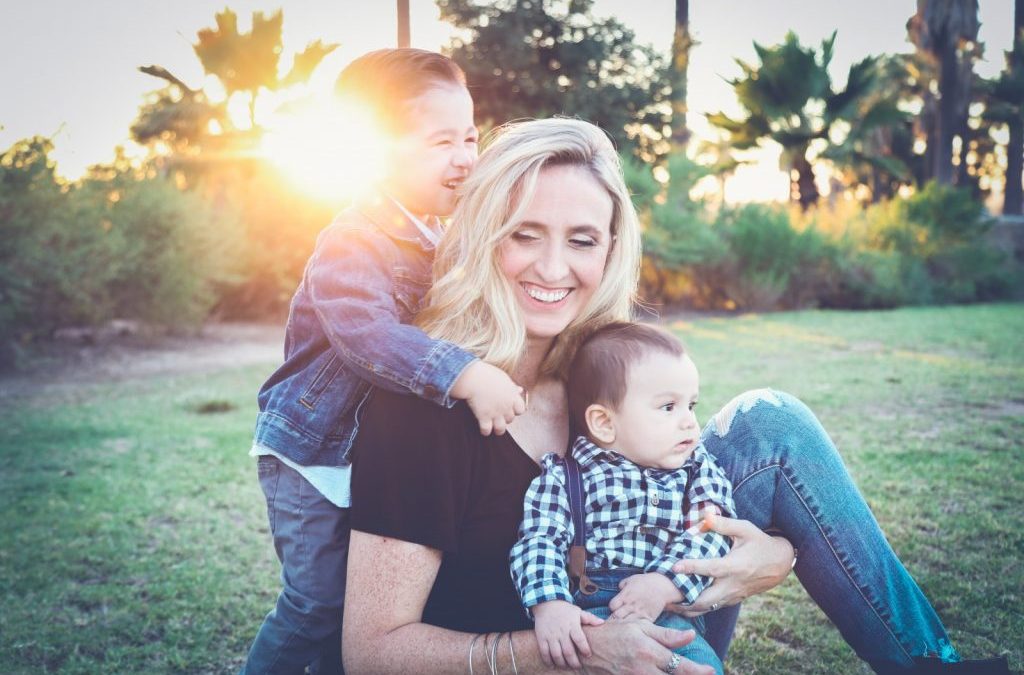 There was once a time when I thought I would one day change the world by becoming Mother Theresa or someone similar (minus the nun part. I always liked boys too much for that “habit”—ha!).

I thought maybe I would solve the world’s hunger crisis or write a best-selling novel that would impact millions. Maybe I would teach illiterate children, I thought, or travel to places no one else would dare set foot. You know, the “easy” stuff.

But as I’ve gotten older, I have realized my sphere of influence is actually a lot smaller than I once thought. And while I have done some of those things (I write . . . a blog and feed . . . my children), I have mostly been . . . well, just a mom. Which means that for the past eight years, I’ve been the best booger-and-butt-wiper in town. (Put that on your resume, ladies, and send it off!)

As I approach 40 (gulp), I find myself questioning: What will come next for me? What will I do when I no longer need to wipe butts? Will I still be marketable in today’s workforce, should I choose to go back? And what if I don’t? Does that make me … just a mom?

I am a firm believer that life is short, so I’ve always felt that dreams should be lived and not stored away for “some day” because that day may never come. But again, as I’ve aged, I’ve noticed how this sentiment is more of a “worldly” one: Follow your dreams! Let your heart be your guide!

What if your heart has a shoddy treasure map and leads you to a pile of rubbish instead? What if the dream God has for you is something you’re already doing—it’s just less glamorous than what your heart might want?

Now, do not take this to mean that you can’t have ambitions outside of motherhood. However, I do think this topic is relevant for us to examine as 21st-century women. Because while some of us do grow up dreaming about motherhood, a lot of us don’t. There are many reasons for this, but I believe one of them is because “MOM” isn’t celebrated in our culture—at least not in the,“Wow, you’ve arrived!” kind of way. (You only get that if you actually solve the world’s hunger crisis and not your own chicken-nugget-meltdown.)

And, you guys, I wanted to arrive SO BADLY!

I wanted the fame and the notoriety; I wanted to be called “special” and “unique,” not just because my ovaries had produced something but because my brain had. I also didn’t feel “seen” by my own mom, so this caused me to adhere to a skewed view of motherhood … until I became one.

I know this happens for most women, but for me it connected my soul to heaven and brought it back down again. It was then that I finally understood just how much my Heavenly Father loved me … because I felt that same way for my own child.

I no longer cared what my professional title was or whether I wore yoga pants everyday for the rest of my life. (This is socially appropriate, right?) I just wanted to show up everyday as “MOM” for my daughter.

So I quit my job—which was TERRIFYING!—and plunged into the weird and beautiful world of being a stay-at-home-mom. And even though I knew this was part of God’s dream for me, it did not mean my insecurities went away. In fact, it sort of highlighted them for awhile.

For starters, I began to realize just how much stock I put into other people’s praises of me. (No one gives you praise when you mother everyday; they just expect you to do it well. I fully admit that I presumed my husband would come home every night and applaud me for keeping our daughter alive—I mean, why wouldn’t he?!)

I also struggled with our loss of income and the fact that I was no longer using “my brain.” And, because I didn’t have any friends who had kids, I felt isolated and alone, as though no one understood where I was coming from or why I never wore makeup anymore.

But God saw it all.

He knew that this lonely and desperate season would push me back toward him and would bring me to Substance and Substance Moms. He knew that becoming “just a mom” would strip me of all of my worldly ideals and change my life here on earth (and in heaven) forever.

He also knew that my choice to mother imperfectly well would create a generational impact that might not change the world, but it would change the course of a few lives—mine included.

So yes, our jobs as MOMS matter.

NOW when I ask myself, What comes next?, I try to do the following:

3) I write MOM at the top of my paper and ask God: What dreams do you have for me AFTER I have prioritized being “just a mom”? (Because that’s what he has revealed to me: that as long as I am consistently putting motherhood first, everything else will fall into place.)

He has told me to write, to lead in my church, and to foster—three things I NEVER would have dreamed of doing had I followed my own heart—but I’m doing them and it’s been life-changing.

Today I challenge you to cross out all of the things you think you “should be doing” and replace that with what you already are doing as a MOM. These duties might not seem like much now (especially if you’re in the butt-wiping stage), but they WILL change your kids’ lives.

And remember, you’re more than “just a mom” to them anyway. You’re THE mom.