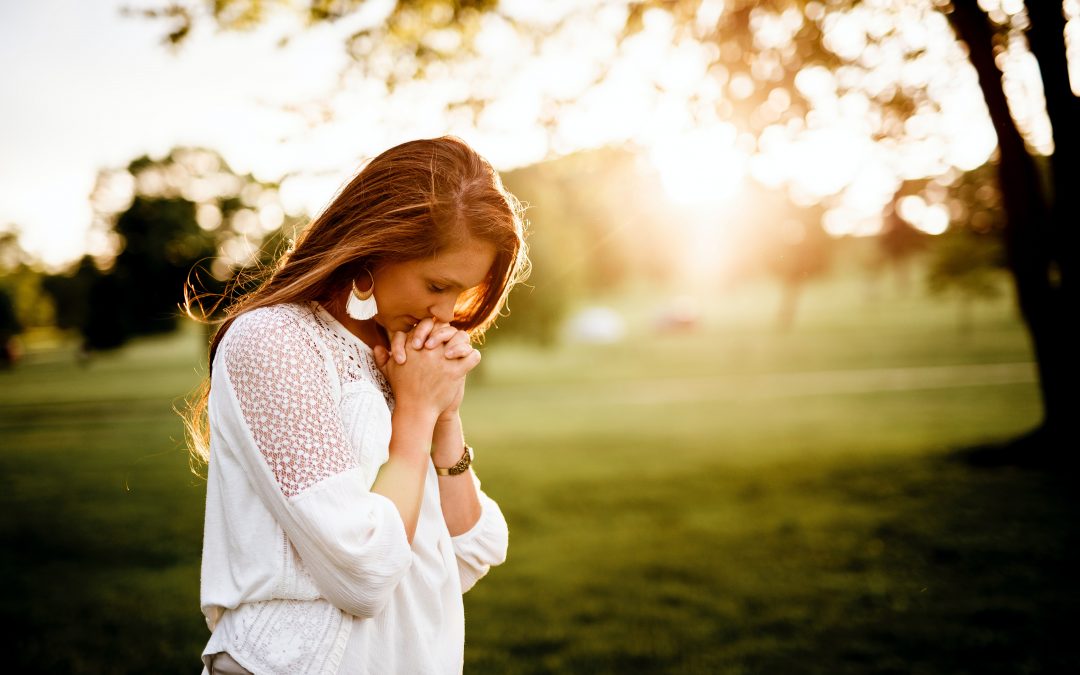 I’ve been a serious Christian since fifth grade. Yet, for two years, I couldn’t stop doubting God’s existence. For over a year, I struggled with anxiety, fear, low self-esteem, and terrible thought patterns. I went through some really tough moments. I didn’t feel as if I was growing in Christ; his Word seemed empty.

My parents and grandparents reminded me that everyone goes through periods of doubt. My grandmother, Mimi, encouraged me to pray in tongues again. I’d stopped for fear of inadvertently praying something bad. So I prayed, and every day did all the things I felt that I was supposed to do as a Christian, which helped me.

Slowly my issues became less intense, and I had occasional encounters with Christ. But where was that personal relationship that people talk about? Why did my faith not show in my everyday life? The problem was that, before turning out my light, I would typically read or write for fun a while before having my Jesus-time. If it got late, I’d hurriedly read devotions and a couple of Bible verses, praying as I fell asleep. There was nothing wrong with having leisure time, but I was making it more important than God. I had the opportunity to know the Creator of the Universe as my father and friend, yet I was passing him by.

I also strove to say and do the right things, but my motives were wrong and prideful. Continuously I slipped up, leaving myself embarrassed, ashamed, and confused. My pastor discussed this once. He said that when people let their hearts go, giving them to the Lord, they’re markedly transformed and beautiful to behold, like thriving plants. But if they say they follow God while holding on to their hearts and making excuses, they’re no different and are like empty flower pots. He told us that we cannot control our lives, because we’ll mess up no matter how long we labor.  Mimi told me that although we’re all imperfect humans, people notice and wonder about his perfection in us when we give everything to God. His light outshines our problems. I wanted the right attitude—and for Jesus to take all of me. I couldn’t quite figure out how, but I started trying to believe that God could take care of everything. He was moving in my life, and I experienced incredible moments when I felt him, and not a single doubt could stand. When those moments ended, however, I regularly returned to mistrust, and I still didn’t really have a friendship with God.

One night, it all clicked into place. I was listening to a Proverbs 31 Ministries Podcast episode about the true rest found in spending time with the Lord. I realized I hadn’t put him above the other things in my life and decided that as soon as I was ready for bed, I would devote at least fifteen minutes to him before other things. That night, he became my friend. I spent nearly the whole time just speaking with him. I’d known I could talk to him about anything, but before it often seemed as if I were conversing with air.

In that precious moment, I knew Jesus was with me, listening as a friend. Not only did I learn that I could pray to him, but I found that he whispers back to me when I listen. It was beautiful, different from the other times I’d felt his presence. Even then, the Devil tried to make this time with my father seem imaginary, insignificant, and fake. When Satan presents me with these ideas each day, it is so difficult to remember that they are lies. Often I struggle, and I sometimes give in. But that night, although I couldn’t fully sense him, I knew he was there and that I genuinely could pursue a relationship with Christ—I’d just needed to be shown how. Every night since then, I’ve endeavored to set aside time for him. He’s also opened more doors with my prayer language and shown me amazing things. When I put it off, get distracted, or rush through, it’s harder to connect. I think the block was my failure to make him the priority.

In just a short time, God eliminated nearly all of my fear, anxiety, low self-esteem, and doubt. It’s crazy how that one thing—finally cooperating and placing my trust in Christ—changed my life so much.

“Seek ye first the Kingdom of God and His righteousness, and all these things shall be added unto you.” Matthew 6:33 (KJV)

Lexi Merkle is a fourteen-year-old homeschooler who loves traveling, nature, art, laughing, and spending time with family and friends. She’s in hot pursuit of God regarding a future in foreign missions. Lexi has a passion for writing and enjoys playing guitar and singing karaoke with her dogs.